A Hoe Lot of Trouble 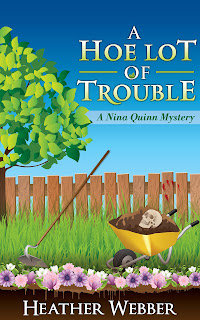 Taken by Surprise, Nina Quinn’s landscaping firm specializing in surprise garden makeovers, is the only thing in her life that seems to be thriving. Her marriage to adulterous police detective Kevin Quinn has wilted. Her antisocial stepson Riley is spreading trouble like pungent manure. Even her gardening tools are disappearing, including a rather valuable set of hoes. Worst of all, the delightful old man who first introduced her to the joys of horticulture is dead—and not by natural causes. Something evil has taken root in Nina’s small Ohio town, and the local police—including dearly unbeloved Kev—are baffled. But it’s amazing what a resourceful gardener can dig up when she puts her mind to it—though, by sticking her hands too deeply into this fetid, fertile soil, Nina might well end up planted beneath her own petunias. 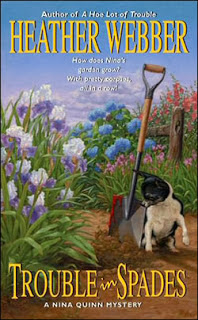 Landscaping is Nina Quinn's business, but trouble seems to be her middle name. Saddled with a recently expelled, faithless local–cop husband, a teenaged terror of a stepson, and the yappiest, most unhousebreakable Chihuahua in captivity, Nina needs a respite –– and the backyard makeover she's undertaking for her sister Maria and Nate, Maria's fiance, may do the trick.

But, of course, Nate vanishes mysteriously, and Nina's gardening magic inadvertently turns up a corpse. And with a thief on the prowl who's preying on the neighborhood elderly, a suspicious Pandora's Box of a package arriving on her doorstep, and yet another body inconveniently turning up, Nina's going to have to dig into her community's dirtiest little secrets to regain her peace and sanity –– if she can manage to stay alive long enough to enjoy it. 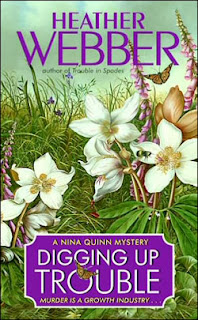 Landscaper Nina Quinn makes her living from surprise garden makeovers. It's not her fault that someone duped her into digging up the wrong yard. And she certainly can't be blamed when her handiwork turns the unsuspecting real owner apoplectic and he drops dead from a heart attack . . . can she? Nina's got enough trouble already, with her divorce from faithless hubby Kevin nearing completion and her unruly stepson up to his teenage neck in possibly illegal mischief. Now she's in danger of losing her business! But there's something screwy about this rather convenient "accidental" death of a man whom apparently no one could stand -- not even the "grieving" widow who's threatening to sue Nina's overalls off. To save her livelihood -- and her skin -- Nina's going to have to dig deeper into the dirt than she ever has before . . . and see what sort of slimy secret things crawl out. 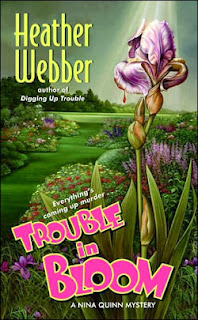 Nina Quinn never goes looking for trouble, but for some reason, it always seems to come looking for her! This time, Nina and her boyfriend Bobby have gotten coerced into helping a sleazy lawyer acquaintance entrap a local TV producer. It seems that the producer is suspected of sexual harassment, and Nina and Bobby agree to appear on his reality show in order to catch him in the act. But when the producer turns up dead, Nina finds herself in the middle of a murder investigation.

And that's only the tip of the iceberg. While plant–sitting for a friend, Nina stumbles upon a stash of marijuana growing in the woman's closet. That leads Nina to a local holistic healing center, where it looks like there's a little bit of 'extracurricular' activity taking place. And speaking of illicit goings–on, Nina's seemingly benign neighbor, Mrs. Deibel, turns up dead, exposing the gambling den she's been running out of her home!

With murder and vice around every corner, Nina barely has time to keep her mind on her current project––installing an indoor garden at a local nursing home. It will take some expert juggling, as well as some undercover snooping, for Nina to put an end to all of the madness and restore some sort of order to her always–tumultuous life! 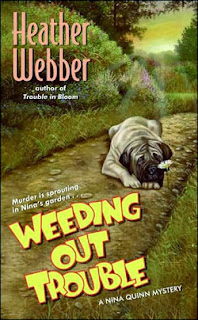 Landscaper Nina Quinn would do anything for her employees. After all, Taken by Surprise, her garden makeover business, wouldn't be blooming if it weren't for them. So when Kit Pipe, her right-hand handyman, goes missing, Nina immediately starts digging into his disappearance. But all she finds is Daisy Bedinghaus, Kit's ex—and she's dead as dirt.

An ex-con who'd been dumped by Daisy not long before her murder, Kit's the prime suspect. But Nina's determined to prove his innocence and nip this whole thing in the bud. After all, it'll get her out of her all-too-crowded house, where her ex-husband the cop is recovering from a gunshot wound on her couch and her thorny new stepson is giving her the evil eye. But as she comes closer to unearthing the truth, Nina will find that facing the frost in her home is nothing compared to confronting the real killer's ice-cold stare.

Trouble Under the Tree 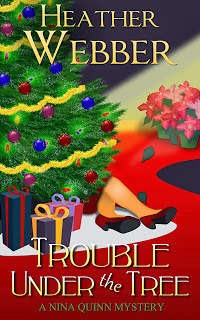 When landscape designer Nina Quinn agreed to deck the halls of Christmastowne, an indoor Christmas village, little did she know how dirty the job would be.

Christmastowne has been plagued by mishaps. Someone’s stealing toy donations, cutting lines to the security system, starting fires, and poisoning the poinsettias. Worst of all, Nina’s neighbor, Fairlee McCorkle (aka Mrs. Claus) is found murdered under Christmastowne’s enormous decorated tree.

The deeper Nina digs for clues to unwrap a killer, the more she discovers that some secrets are best left buried in the past.

The Root of all Trouble 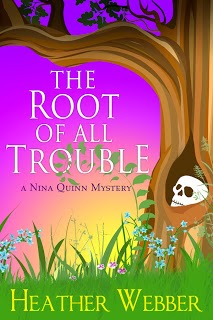 When a spring storm rolls through Freedom, Ohio, landscape designer Nina Quinn expects to get her hands dirty with the mess left behind.

But after high winds uproot a tree, revealing the corpse of a man inside its rotted hollow, Nina quickly realizes that cleaning up after Mother Nature’s fury is the least of her worries.

It soon becomes clear that there is no lack of suspects in the man’s untimely death. As a shady contractor and philanderer, he’d angered a lot of people before he disappeared, including some of Nina’s closest friends.

With the help of her police detective ex-husband, a mysterious medical examiner’s investigator, her formerly-felonious employees and her zany neighbors, Nina sets out to uncover a killer...before another victim ends up planted six feet under.